Christchurch Adventure Park is an adventure activity hub and a venue for socialising and relaxing, set in the Port Hills of Christchurch. The Park, which is set on 358 hectares of privately owned land, opened after a 9-month build on 16 December 2016. The Park features New Zealand's longest chairlift at 1.8 kilometres, which was specifically designed to carry riders and their bikes but also accommodates sightseers and guests starting out on their Zipline Tour. 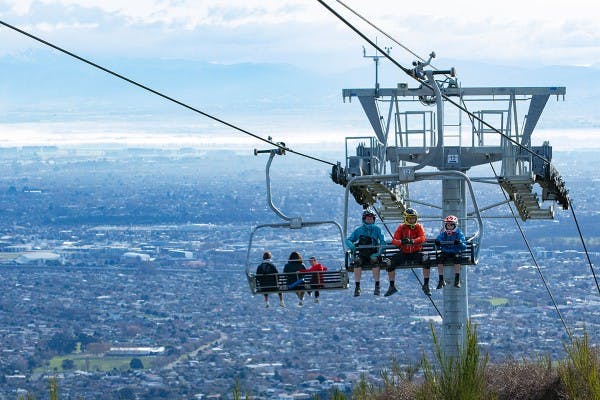 The Park hosts mountain bike trails ranging from beginners through to advanced and a mix of wide flow tracks and technical single track. The Zipline Tour features 4 dual ziplines that include New Zealand's highest at 150 metres and New Zealand's longest at 1.1 kilometres. The Park also offers mountain bike coaching with experienced coaches through various classes and clinics. Unfortunately, 8 weeks after opening, a wildfire that started on 13 February 2017 on nearby Marleys Hill had by the following evening reached the boundary of the Park and in the days following caused considerable damage to the forest, trails, lift and Ziplines. Fortunately, the Village was saved thanks to the huge efforts of fire crews based in the Park. 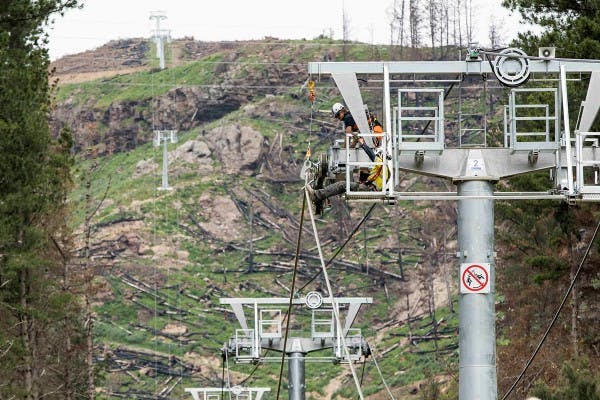 The damage was extensive and a large forestry operation had to be undertaken to make the forest safe before the team could even start to get in to rebuild the trails. The Park was closed for 10 months during which time the haul rope on the lift and 3 out of 4 Ziplines were replaced. The trail network had to be entirely rebuilt but the Park reopened on 5 December 2017 with 3 trails and has continued adding to its trail network since then. The Park is now back to full operating capacity and we can't wait to see you here!

Learn more about how far the Park has come